Cineworld has agreed a major deal to open an impressive new six-screen all digital multiplex cinema at the Regent Circus development in Swindon. 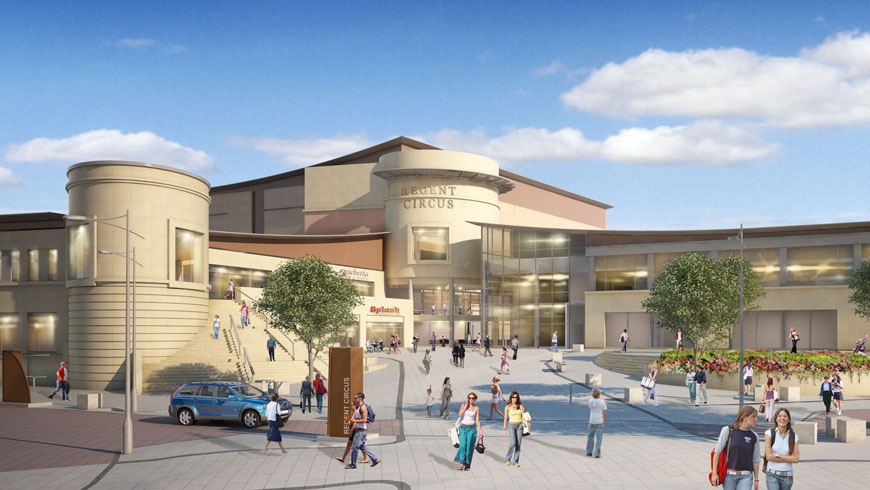 The new state-of-the-art cinema will form a key part of Ashfield Land’s exciting £50 million Regent Circus scheme which will transform a neglected area of the town centre.

The proposed development has already attracted other major occupiers including supermarket giant Morrison’s and leading restaurant chains including Ask. The Regent Circus scheme has detailed planning consent for a Morrison’s superstore, eight restaurants, a multiplex cinema, and a 450-space car park.

Managing director Andrew Fisher said: “The cinema deal is a major step forward for the Regent Circus project and is an important piece in the jigsaw for the transformation of this part of Swindon town centre.

“I am delighted to welcome Cineworld to Regent Circus and I know they will provide the people of Swindon and visitors with a first class movie-going experience. To have so many enquiries from major occupiers demonstrates how attractive the Regent Circus development is and the tremendous appeal of a rejuvenated Swindon town centre. We look forward to making further exciting announcements very shortly.”

Cineworld spokesman Steve Wiener, CEO of Cineworld, said: “We are very pleased with today’s announcement of this addition to our estate of multiplex cinemas. We are extremely proud of having achieved our status as the most visited cinema company in the UK since 2009 and Regent Circus will only enhance our ability to provide entertainment to the residents of the greater Swindon area.”